A house with two tales

This remarkable Grade II listed Georgian property in Chelsea has a unique history, spanning around 270 years.

A major clue to one of its previous owners could be that the property is ‘practically perfect in every way’, and some may even say it is a rather supercalifragilisticexpialidocious property!

Born in Australia in 1899, Pamela Lyndon Travers came to England in 1924 to pursue her dream of becoming a journalist. It was here in 1934 that she published the world famous Mary Poppins - a tale of an extraordinary, magical nanny.

It was in this wonderful property, where P.L. Travers lived from 1946–1962, that the fourth book in the Mary Poppins series was published. It was also whilst living at Smith Street, after 20 years of turning Disney down, that she negotiated with Walt Disney to turn her book into a film. 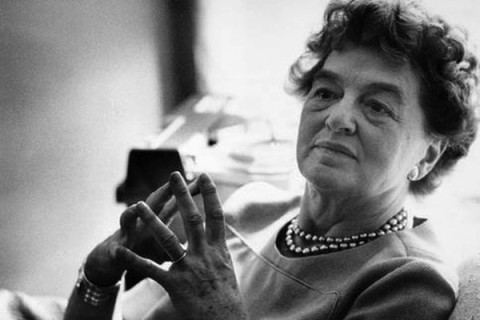 In 1962 When Pamela Travers attended production meetings for the film in Los Angeles, she took photos of her Smith Street home with her, to ensure the setting of the Edwardian property of Mr Banks’ home was interpreted correctly by producers. A blue plaque now adorns the wall in celebration of the work of P.L. Travers, whose stories transport many of us back to our childhood.

From Poppins to Bond

Years later, this Smith Street house gained a new resident in the form of Alastair Rellie, a former British intelligence officer, who later became one of four directors of the Secret Intelligence Service (MI6). Rellie was a rather fitting occupant of the property, given that James Bond's fictional home is located just two streets away down Royal Avenue. The house has been a much loved family home, coming on to the market now for the first time in 37 years.

If walls could talk, we think this house would have some fantastic tales to tell, and would make a perfect home for a family looking to create their own unique story. 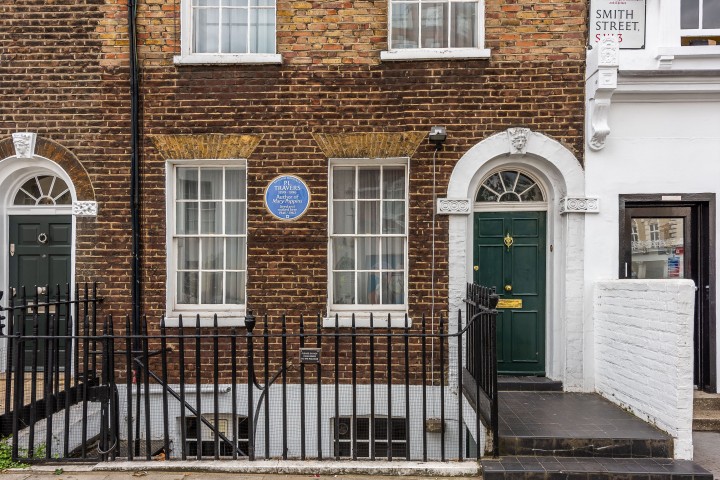 Spanning across four floors, this family home consists of five bedrooms, two bathrooms and two reception rooms. It features a West facing garden, and an open plan living area with alcoves throughout.

Set in a highly prestigious location, the blue plaque home is moments away from the Kings Road and within close proximity to Chelsea Green and its wonderful array of shops. 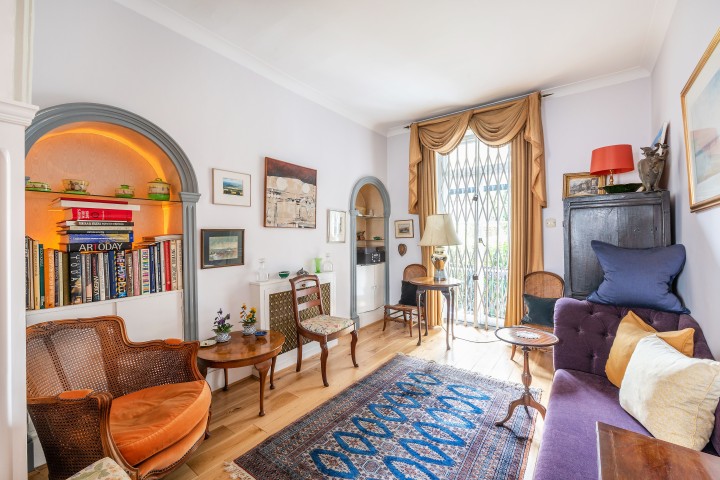 The property offers a wonderful refurbishment opportunity to its next owners, for them to create their dream family home whilst owning a slice of history.