Soho history: pride of place in the LGBTQ+ community

In Pride month, we’re taking a closer look at Soho, its history, its development and the reasons it’s been such an important area for London’s LGBTQ+ community.

Soho is one of the most thrilling square miles in London. The brand Tom Cat once had Tom Jones walk down Carnaby Street with a cheetah on a leash. Berwick Street Market, a favourite of Virginia Woolf’s, was the first place in London where you could get a tomato or a grapefruit. Jimi Hendrix played at the Bag o Nails (now called The Court), to the most start-studded Rock and Roll crowd, including musicians from The Beatles, The Who and The Rolling Stones. Soho is one of a kind.

To be very brief, Soho started as hunting fields for aristocrats. London was reconstructed after the Great Fire, and landlords developed the area for wealthy tenants. So many residents were French Huguenots (protestant refugees) that it became known as the French Quarter. Cholera devastated the area, and any remaining wealthy tenants moved away, so landlords put rent exceedingly low.

That’s when the fun began. Soho became a main entertainment district as artists, refugees, minorities, freethinkers, the creative and eccentric found a home here. It became a multicultural, bohemian respite (or den of iniquity, depending on your viewpoint). For the incoming LGBTQ+ community, the enormous appeal was the opportunity to be oneself – albeit in the confines of members’ clubs and secret bars. From Oscar Wilde’s favourite haunt, Kettners (by Greek Street) to Francis Bacon and the Colony Room, Soho provided an imperfect but hugely important shelter from restrictive cultural norms.

Let’s explore five of the many, many important Soho properties – past and present – whose LGBTQ+ owners and clientele helped shape the area’s vibrant personality: 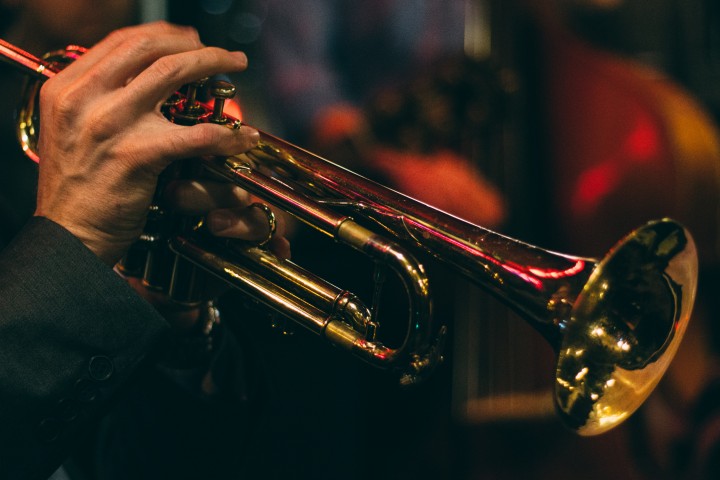 In the mid 1930s on Wardour Street, there was a members’ club described as “London’s miniature Harlem.” This black-, Jewish- and queer-friendly establishment was pivotal for London jazz. There are many venues we could talk about in Soho, but one thing that stands out when reading about the Shim Sham Club is learning about lesbian and bisexual women in the 1930’s, including Black women. It is so exceedingly rare to be able to read anything about these women in this time.

The street-level facade led down to an expansive jazz lounge full of life and sound. The Shim Sham Club’s space was followed by the world-famous Flamingo Jazz Club. This spacious venue is now an O’Neill’s, where you can visit the Flamingo Room as a nod to this property's incredible history. 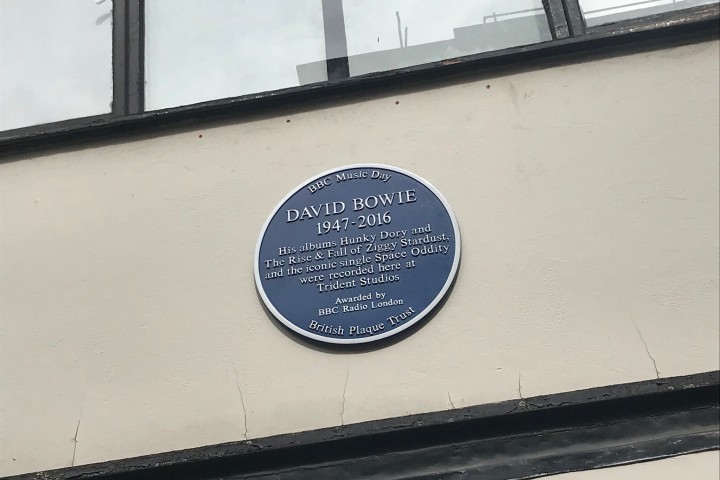 Today, at 17 St Anne’s Court, you can see a blue plaque for David Bowie, who recorded some of his greatest works when this was Trident Studios. The space was unique – Trident A Range console was designed and built for this particular studio, and the ancient studio piano lent its distinctive sound to Elton John’s “Your Song” and Queen’s “Killer Queen.” The unique sounds that could only have come out of Trident Studios had a big part in some important LGBTQ+ icons work. 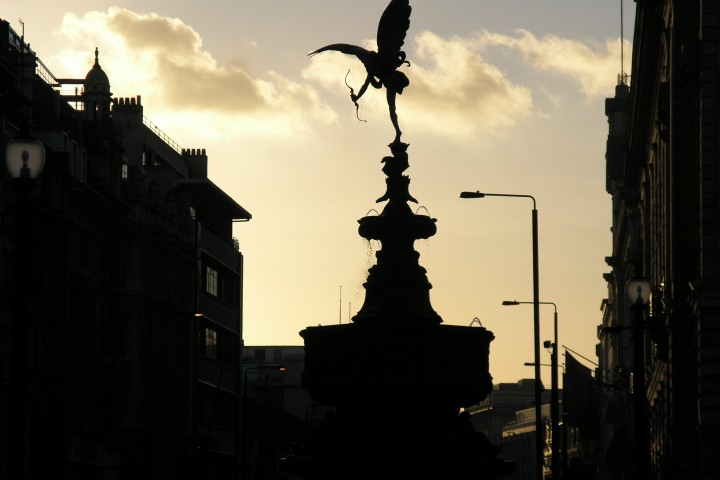 Go on a LGBTQ+ tour of the area, and you’ll hear many stories of venues shut down or threatened by policing and social control. That’s one reason why so many venues have come and gone, and there’s been such frequent shifts in the landscape. So, let’s highlight this statue, on the edge of Soho in Piccadilly Circus. In 1990, OutRage! staged a Kiss-In around the Eros Statue (there’s a famous image of a protestor locking lips with Eros) to protest police harassment of public displays of affection. 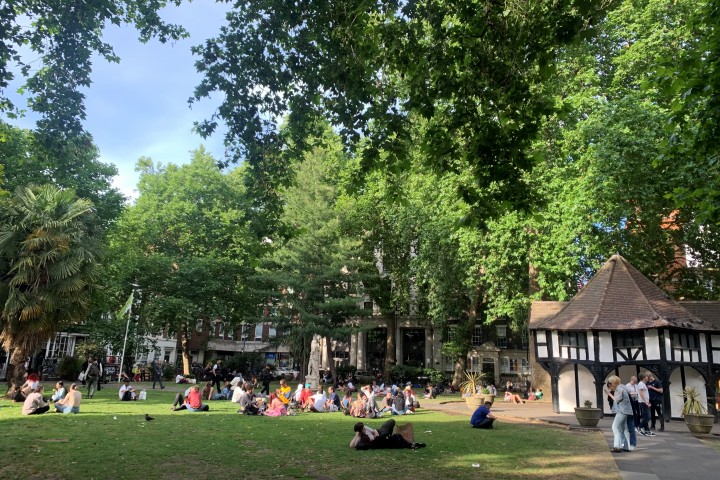 This small plot of land, once called King’s Square, was a fashionable area for aristocrats to own property. The square has seen wealth and poverty; hospitals, churches and brothels – even an air raid shelter in World War II. This little park has also seen London's LGBT+ community through it all; the big, landmark speeches and the afternoon picnics among friends. It has been the gathering grounds for discussion, protest, vigils and support through the decades, and in 2019, the first Trans Pride Parade in London culminated with speeches in Soho Square. 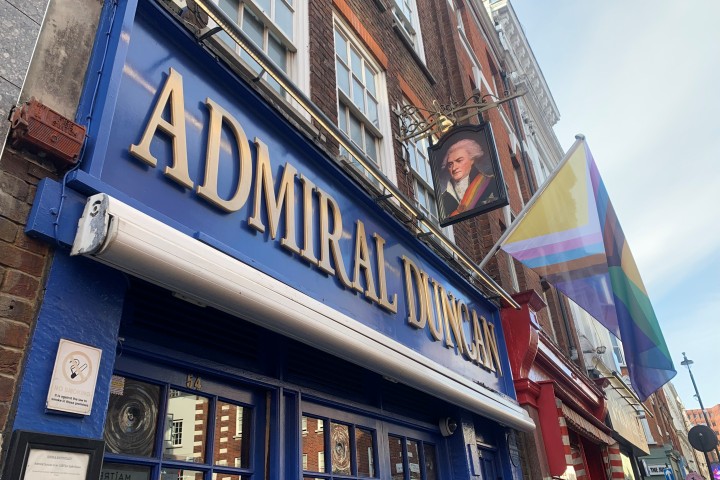 This is one of the oldest pubs on Old Compton Street – the beating heart of London’s LGBTQ+ district. It is a signal of community strength in the face of devastating tragedy. Many remember the sheer horror of the nail bomb attack at this pub. There is a memorial chandelier with a plaque by the bar.

In 2005, Westminster City Council refused planning permission for businesses to fly rainbow flags, which stemmed from their order to the Admiral Duncan to take down their flags, and anything identifying the pub as gay-friendly, after the bombing. The arguments that followed this decision included LGBTQ+ influence on the regeneration of the district, the pink pound and how massively these businesses and this community contributes to Soho. 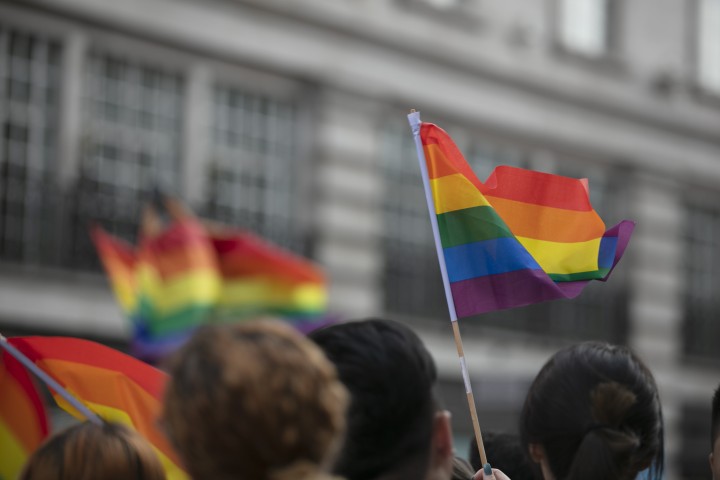 If you, like a group of us at Foxtons, are attending the 50th Anniversary Pride Parade this weekend, see if you can squeeze through the crowd onto Old Compton Street. Try to take a moment to look at all the flags you see flying here, by the businesses and around the people. One look will tell you much more than we can describe in an article about the monumental impact the LGBTQ+ community has had on Soho.

London is evolving – and should evolve to allow for greater integration of LGBTQ+ spaces all across the capital. Soho is special, but it’s not alone. There are libraries, cafes, community centres, museums, sports clubs and university student groups, as well as online communities who hold meetings and networking all over the city – like cinema groups and craft clubs.

However, if you ever find yourself in need of help, Foxtons 57 local offices across London and the home counties are all LGBT+ safe spaces. We provide a service to any community member who needs to seek shelter from intimidation or abuse, so every member of the community can feel safe exploring the city and working with Foxtons. 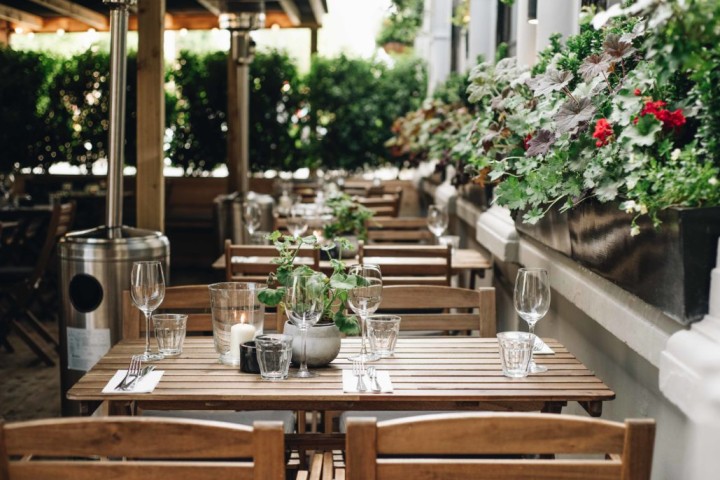 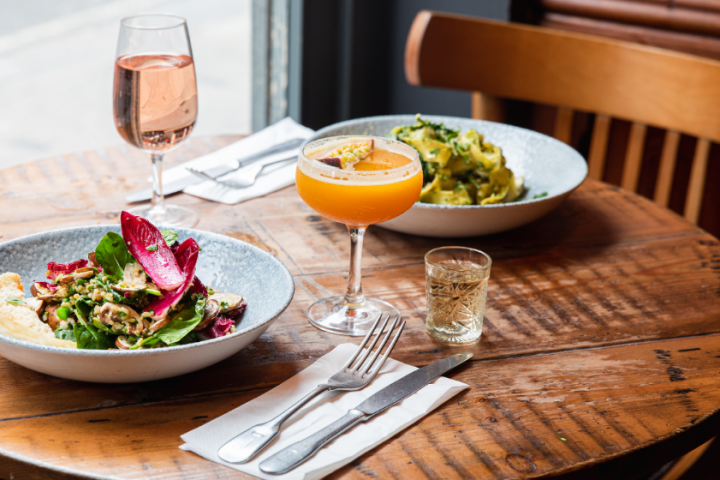 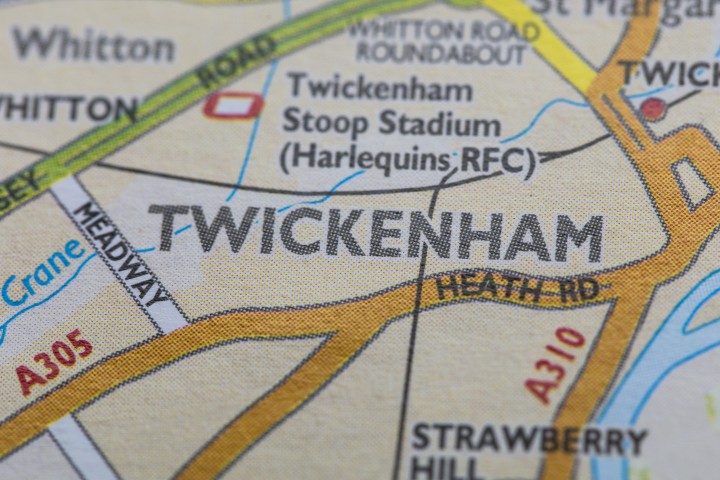 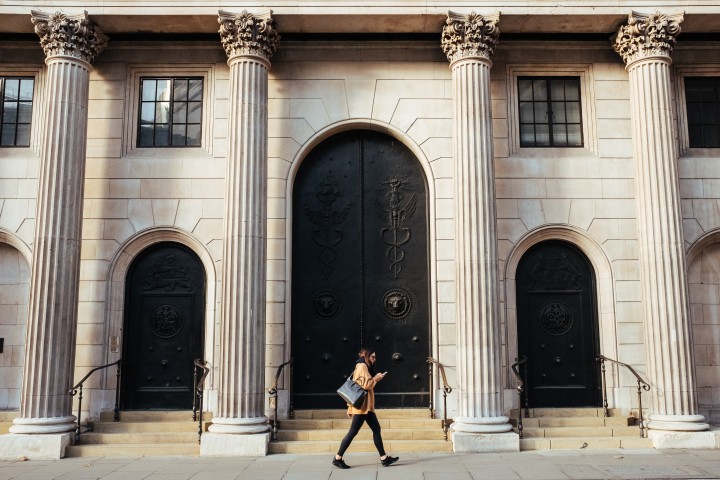